The dolmen of Llano de la Belleza, in the landscape 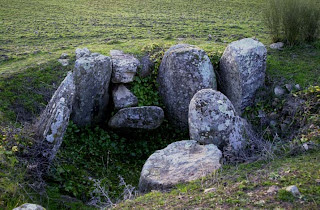 The monument in its current state 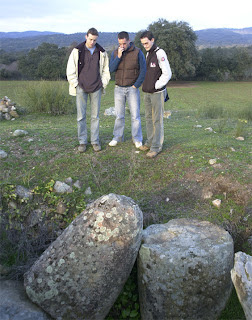 The new generation of megalithic scholars: the team from the Universidade de Sevilla

NW of Andalucia, close to the old town of Aroche.


In the dolmen of Llano de la Belleza, some unmistakable menhirs have been integrated. They seem to belong to the same morphology as the menhirs of Central Alentejo, with ovoid or cylindroid shapes and made out of granite.
It is possible that they were the remnants of a megalithic enclosure, somehow similar to Almendres, Vale Maria do Meio, etc.
If it is so – and Leonardo Garcia (http://investigacion.us.es/sisius/sis_showpub.php?idpers=2395), from the Universidade de Sevilla is preparing an excavation on the site – it will be the first megalithic enclosure of that type, found out the core area of the Evora region.